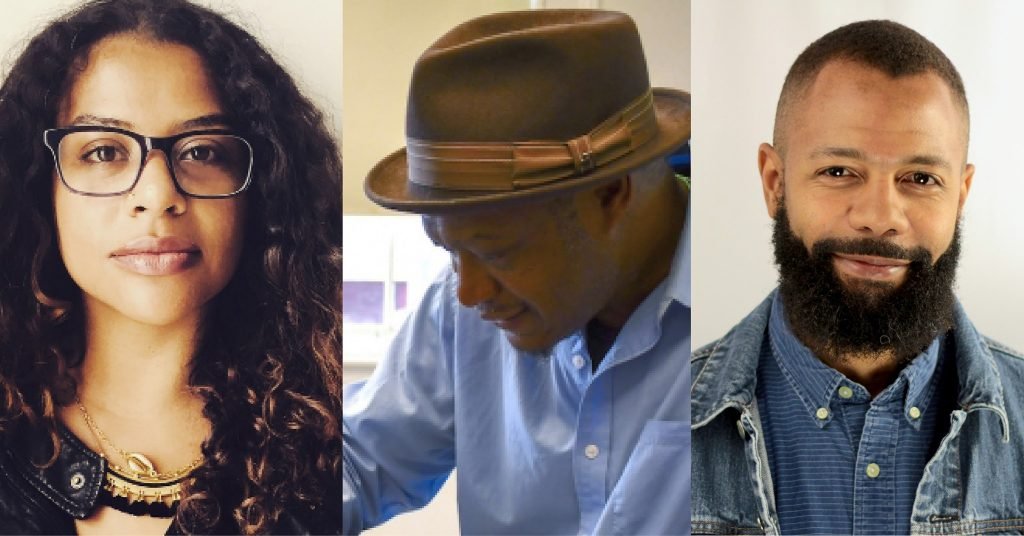 In connection with the exhibit JENNIFER MACK-WATKINS: CHILDREN OF THE SUN, which celebrates the beauty, importance, and complexity of positive representation of African American children, BMAC is honored to present a live Zoom conversation with three acclaimed African American children’s book authors and illustrators — Rio Cortez (“The ABCs of Black History”), Daniel Minter (“Going Down Home with Daddy”), and Javaka Steptoe (“Radiant Child: The Story of Young Artist Jean-Michel Basquiat”).

This event will take place via Zoom and Facebook Live.

Rio Cortez is the New York Times bestselling author of “The ABCs of Black Histor”y (Workman, 2020) and” I Have Learned to Define a Field as a Space Between Mountains” (Jai Alai Books, 2015). She is a Pushcart-nominated poet who has received fellowships from Poet’s House, Cave Canem, and Canto Mundo Foundations. Rio has been the recipient of the Sarah Lawrence College Lucy Grealy Prize in Poetry, the Poets & Writers Amy Award, and a Jerome Foundation grant. She was a finalist for the 2018 June Jordan Fellowship at Columbia University. Born and raised in Salt Lake City, she now lives, writes, and works in Harlem.

Daniel Minter is an American artist known for his work in the mediums of painting and assemblage. His overall body of work often deals with themes of displacement and diaspora, ordinary/extraordinary blackness; spirituality in the Afro-Atlantic world; and the (re)creation of meanings of home. Minter works in varied media – canvas, wood, metal, paper. twine, rocks, nails, paint. This cross-fertilization strongly informs his artistic sensibility. His carvings become assemblages. His paintings are often sculptural. Minter has illustrated over a dozen children’s books, including “Going Down Home with Daddy,” which won a 2020 Caldecott Honor, and “Ellen’s Broom,” which won a Coretta Scott King Illustration Honor. He was also commissioned in both 2004 and 2011 to create Kwanzaa stamps for the U.S. Postal Service.

Javaka Steptoe is a Caldecott and Coretta Scott King Illustrator award-winning artist, designer, and illustrator. His debut picture book, “In Daddy’s Arms I Am Tall,” won the Coretta Scott King Award, and “Jimi: Sounds Like a Rainbow” (written by Gary Golio) received a Coretta Scott King Honor. He has also illustrated “Do You Know What I’ll Do?” by Charlotte Zolotow, “A Pocketful of Poems” by Nikki Grimes, “Amiri and Odette: A Love Story” by Walter Dean Myers, “Rain Play” by Cynthia Cotten, and “Hot Day on Abbott Avenue” by Karen English, which received the Jane Addams Children’s Book Award. He is also the author and illustrator of “The Jones Family Express,” as well as the Caldecott Award-winning “Radiant Child: The Story of Young Artist Jean-Michel Basquiat.”