Originally By Wendy M. Levy at The Commons

Elections officials in the area also reported unusually large numbers of early and absentee voters, and they weren’t alone in the state.

While the abundance of voters casting early or absentee ballots might imply that poll workers spent Election Day lonely and bored, the opposite was true.

At about 4 p.m. at the NewBrook Fire Station, Hesselbach was working with an elections official to open envelopes containing early and absentee ballots. She said that during other elections, they always had a chance to process those ballots earlier in the afternoon.

Of the approximately 1,300 Newfane registered voters, 280 submitted early or absentee ballots. “That’s a lot more ballots than at the primaries,” Hesselbach said.

She has also registered “a fair number of voters the last few weeks, at least two or three every day,” she added.

Meanwhile, over at the check-in table, the entrance door to the polling place stopped opening.

Soon, the line began growing again and snaked out the door. Two new people registered to vote while more adults, sometimes with children in tow, came inside from the downpour.

“Hey, Gloria, can we move this table over about 5 feet so more people can fit in here and they don’t have to stand outside in the rain?” one man asked poll worker Gloria Cristelli, who formerly served as Newfane’s town clerk.

“Is this where we vote to stop the rain?” a woman called out, by way of a greeting, upon entering Dummerston’s polling place, in the basement of the Congregational Church.

Mother Nature wasn’t accepting ballots, but poll workers were, and plenty of them. Town Clerk Laurie Frechette said voting was steady and busy all day.

Frechette gave The Commons the statistics: 387 residents cast early or absentee ballots, which is roughly 24 percent of those registered. As of 5 p.m., Dummerston had 1,647 registered voters, but that number was subject to change.

“We’ve had several first-time women voters,” Frechette said, and told The Commons about one of them.

“She is 58 years old and she had never voted in her life. Today, she came in, registered, and voted.”

While at the polls, voters could also pick up a pie or two.

Bess Richardson, who helps organize the church’s annual apple pie sale on Indigenous People’s Day weekend, said that any leftover pies are frozen, then thawed for sale on Election Day.

This October, the gloomy weather left the group with 80 unsold pies — out of the 1,282 they baked for the occasion. There were still a few whole pies, slices, and packages of cheddar — the traditional Vermont apple pie accompaniment — for sale.

It was a good day to peddle pie.

“It’s busy. It’s 5 o’clock, and we have 831 ballots in the machine, and we’re still processing the early ballots, which we usually do earlier in the day,” said Frechette. “Even without the early ballots, that’s just over 50 percent of registered voters who voted already.”

An elections official standing near Frechette’s desk observed that the turnout was “not as great as the presidential elections.”

Gavy Kessler was there to vote, and said he doesn’t like early voting.

“I like the excitement of voting when everyone in the country votes. I feel more secure about it being counted,” he added.

He was accompanied by Chris Olsen, who said he feels the same way.

Generally, he’s “skeptical my ballot [will] just end up in a drawer somewhere,” Olsen said.

But perhaps not while living and voting in Dummerston, where Olsen said he voted early on Monday, when he came to the Town Offices with a friend who needed to register.

“I have a lot of faith in Laurie and the Board of Civil Authority,” said Olsen.

In Putney, Angela and Richard Berkfield were also somewhat split on the decision to vote early or vote on Election Day.

“I just want to come be part of the day,” said Angela, who was waiting in line to check in with her husband.

Richard said he wanted to vote early, but it didn’t work out because he was too busy.

“Being able to vote after 5 p.m. [during polling hours] makes a difference,” he said.

At 5:45 p.m., Town Clerk Jonathan Johnson reported that 1,100 of the town’s 1,800 registered voters cast ballots, a total that includes 450 early and absentee voters.

This is Johnson’s first general election. Earlier this year, the Selectboard appointed him interim town clerk, and on Oct. 24, the Board unanimously voted to hire him permanently for the full-time position — effective that day.

To help him run his first general election, Johnson said, “I hired all of the former ballot clerks, so they have a lot of experience.”

Johnson also decided to encourage early voting and facilitate residents’ ability to do so.

“We opened the Town Offices at 7 a.m., we stay open until 7 on Wednesday nights, and we had a Saturday session from 10 a.m. ’til noon,” he said.

The result, he said, “is it’s going relatively smoothly.”

“We’ll probably hit 60 percent, which I think is quite remarkable,” said Johnson. In the 2016 presidential elections, Putney people cast 1,300 votes, he noted.

At about 6:15 p.m., a visitor who showed up to the polling place in Guilford found out the 1,000th vote had recently been cast, which caused a brief and enthusiastic celebration downstairs at the Broad Brook Community Center.

Assistant Town Clerk Elly Majonen said, “We hit 1,000 votes 12 votes ago. We rang a little bell.” She then revised her statement: “Well, we hit a pot-top with a ladle and said, ‘Woo-hoo!’ We thought it was exciting. We reached 1,000!”

“It’s a steady stream,” Marine said of the day’s elections, and added, “it’s busier than any other midterms. We had 300 early voters. That’s really high.”

Orion Stone, who turned 18 earlier this year, was at the center to cast his first vote. Although he was old enough to vote during the primaries, he chose not to.

When asked why he chose the general midterm elections as his maiden voting voyage, Stone said, “I hear a lot about the need for young people to vote, and I should be one of the people who votes.”

Stone confirmed he will vote in the next election but admitted the process is intimidating.

“It’s a lot to learn and figure out,” he said. “I want to learn more. It’s definitely important to know. I should use my right to choose my government and my community.”

At 6:30 p.m., Marine confirmed 16 more people had voted. The tally was up to 1,028. A half-hour later, at the close of the polls, Marine submitted the official results: Guilford voters cast 1,045 ballots.

Down to the wire

Ten minutes before the polls closed, residents were still arriving at the American Legion in Brattleboro. Poll worker and former Brattleboro Fire Chief Dave Emery greeted voters and sent them through the left-hand door.

The door on the right side of the foyer led to the Legion’s bar. Emery was in good spirits, in spite of the very long and busy day.

Town Clerk Hilary Francis told The Commons, “we had about 50 voters in the first 15 minutes. There was a line out the door when we opened the polls. It was steady all day, and we had no lulls until 6:30 [p.m.]”

The unofficial results Francis sent at 9:47 p.m. showed 5,174 ballots cast, and that figure includes absentee and early ballots — representing well over 50 percent of the town’s electorate.

In comparison, Francis offered figures from the last mid-term elections, in 2014. Voters cast 3,094 ballots, including 976 completed absentee and early ballots.

“This year’s early voting was presidential-level,” said Francis, who added, “There weren’t as many as in 2016, but more than is typical for other presidential elections.”

Brattleboro, like other towns in the area, saw many early voters. “2,661 people requested absentee ballots or voted early,” she said.

When asked if the poll workers were lonely with so many early and absentee voters, Francis gave a little chuckle.

“No, the poll workers were not lonely. We set up two spare voting booths we brought along, just in case,” Francis said.

And, she noted, “they were full all day.” 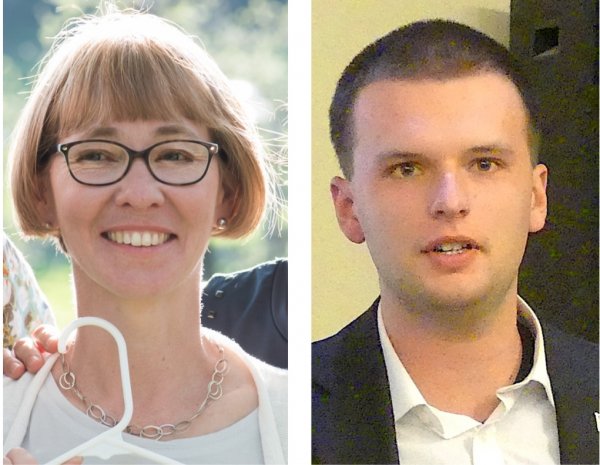 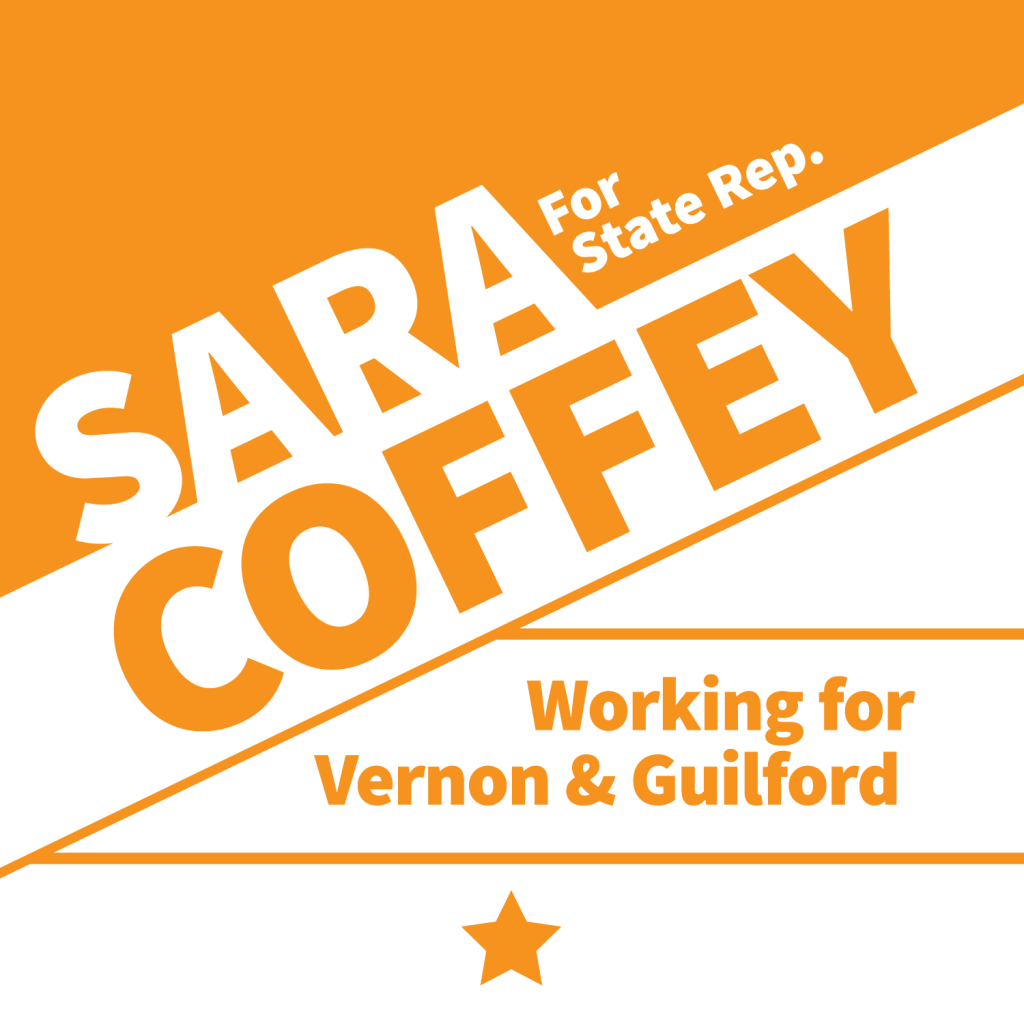