What a great turnout on Sunday for the Guilford Nordic Ski lessons at the Guilford Central School!  It was wonderful to witness so many Guilford children having fun and gaining self confidence by challenging themselves to learn new skills!  The children were joyful while connecting with nature and skiing with their family and friends!

The lesson was the first in a series of 4, free, weekly Nordic Ski lessons offered to the Guilford community by The Bill Koch Nordic Skiing Project.  This group is named in honor of Guilford native and Olympic Silver medalist, Bill Koch. Bill was known to have skied to and from the Guilford Central school as a student.

In 1974, Bill Koch became the first American to win a medal in international competition, placing third in the European junior championships. Koch won the silver medal in the 30 km event at the 1976 Winter Olympics, becoming the first American to win an Olympic medal in cross-country skiing, and the only one until 2018. Koch also finished sixth in the 15 km event at those same Winter Games.

The Bill Koch Nordic Skiing Project has identified four trails  in Guilford that are suitable for a range of skiers – the School Loop, Playscape, Carpenter Hill Trail and at the Fairgrounds.  This winter, 25 nordic ski packages (including skis, boots and poles) were secured by Jake Dixon, with the help of the following: Community Collaborative for Guilford (CC4G) secured a $2600 Guilford Promise grant, an anonymous donor contributed $1000,  and Spike Clayton of Skirack in Burlington offered a hefty discount on the ski packages.

These 25 ski packages were issued as a free, season long loan, to Guilford students who had expressed an interest in nordic skiing, Many of these students and their families participated in today’s Nordic Ski lesson.

If you missed Sunday’s lesson, you can join any and all of  the remaining lessons. Here are the dates/locations of next 3, free ski lessons:

On Sunday, Feb 24, the Guilford Recreation Commission will host Winterfest at the Fairgrounds from 1-3:00.  This event will include a 2K and .5K Nordic Ski race, sledding, snow sculpture building, hot chocolate and a crock pot potluck.  Kicking off the Winterfest, The Conservation Commission is hosting a guided snowshoe at the Fairgrounds at 12:00. 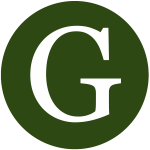 Discover Guilford is the new website made just for Guilford residents to stay in the loop about important news, current events, interesting stories, and more about people in our community.
Scroll to Top